In this modern world we have long forgotten what it is to live without a fridge. In 1913, refrigerators for home use were invented and have been a common household item for the past 50 years.

Electricity consumption depends on the model and enormous research has brought high-energy efficient refrigerators. However, the addition of new features, such as auto-defrost, and the reduction in the amount of insulation to cut costs have reduced such efficiency.

The energy-efficiency of a refrigerator is the subject of another post. In today’s world one cannot imagine living without a fridge. But we can learn how to be less dependent and by being so consume less energy and lower our ecological footprint.

Here’s how you can achieve it ! 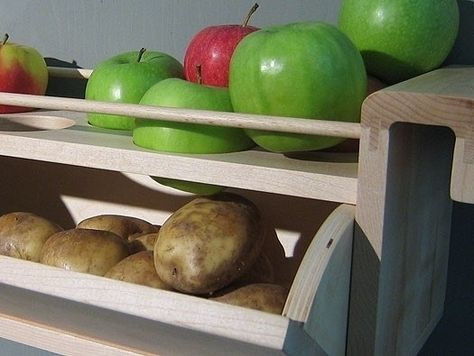 “Symbiosis is a term describing any relationship or interaction between two dissimilar organisms. The specific kind of symbiosis depends on whether either or both organisms benefit from the relationship.”

Apples emit a lot of ethylene gas. It has the effect of speeding up the ripening process of fruits and vegetables kept together with apples. But when combined with potatoes, apples prevent them from sprouting.

Potatoes can be stored dry for a long time by placing one or more apples above them.

Eggplant is also highly sensitive to ethylene, the same natural gas that causes certain foods to ripen (and eventually spoil) very quickly. So it’s best to keep eggplant stored separately from bananas, tomatoes, and melons, which are all high ethylene producers.

Contrary to the common belief by which unboiled eggs belong in the fridge, eggs or best kept outside.

An egg has millions of holes in its shell. It absorbs the odor and substance around itself very easily. When kept in the fridge with other foods, this creates a bad taste. When you’re uncertain about the freshness of the eggs, test them in the water. The fresher they are, the further they sink. 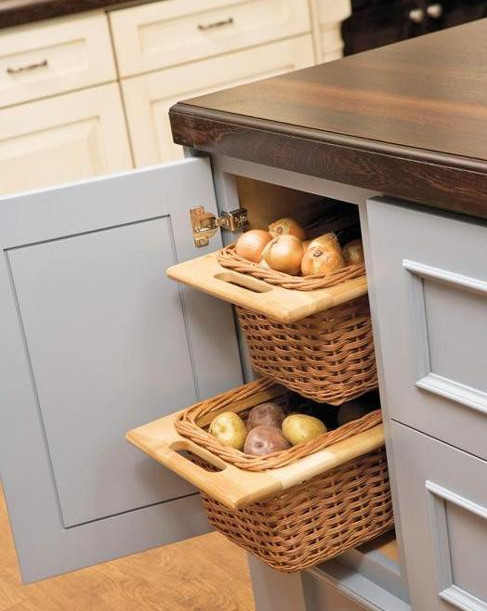 The refrigerator is out, because temperatures below 40°F (4°C) trigger the conversion of starches to sugars in the stored spuds, which makes them darken when cooked.

You need a place to put them that’s cool, dark, and safe from critters.

If you have a cellar, read below. Otherwise, you might want to find the coolest place in your house and keep them in some kind of container which allows a breeze of fresh air. A wooden fruit case filled with straw works just fine.

VEGETABLES THAT ARE FRUITS

We tend to think zucchini, aubergine, cucumber, etc. as vegetables. But they are biologically fruits. They are particularly temperature sensitive — temps below 50°F can damage the texture and flavor. And when subjected to temperatures below 41°F for an extended period, eggplant is prone to chilling injuries, including pitting, surface bronzing, and browning of seeds and pulp tissue.

So the best place to store eggplant, zucchini, cucumber… is not in the refrigerator, but at room temperature, where it’s likely to last longer. It helps to spray them with water every day to stay fresh even longer.

Keep eggplant in a cool spot, away from direct sunlight, and of course use them as soon as possible after harvesting or buying. Otherwise, place them in a vented bowl, but avoid sealing it in a plastic bag, which can increase decay.

Keeping roots in a vertical position allows the organism to save energy and remain fresh for a longer time. This shelf gives a place for them to stand easily, using sand. At the same time, sand helps to keep the proper humidity.

When storing apples keep in mind that early ripening apples don’t keep for long. Apples picked mid-season keep much longer. You can keep up to 10 apples per cotton bag. But the best apples for storage are the late-seasoners.

It’s important to prevent apples from touching in storage. That way if one goes bad it won’t contaminate the others. You can loosely wrap the apples in paper to help avoid this.

Apples should be stored somewhere cool but frost-free. Try to keep them out of the direct sunlight. 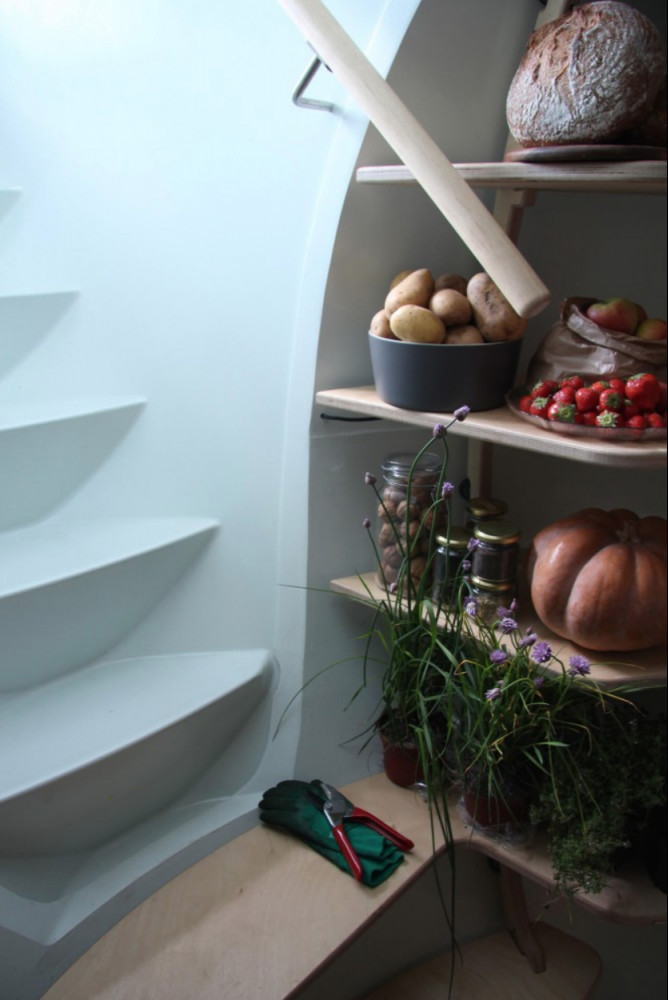 When you are fortunate enough to have some decent sized garden and you live in the Benelux ( Belgium, the Netherlands, Luxembourg ) you might consider ‘planting’ a groundfridge in your garden. Warning, it does not come cheap!

The Groundfridge is a naturally climatised, autonomously-operating, insulated cellar. It constitutes an innovated version of the traditional root cellar. The Groundfridge utilizes

the earth’s cooling and insulating capacity.

How does it work?

The Groundfridge is dug in and covered with the excavated soil from its new location. This covering layer of soil is about 1 meter thick and has sufficient insulating properties for the core temperature within the Groundfridge to barely vary.

Furthermore, your Groundfridge is fitted with a ventilator. This battery-driven ventilator offers you the option of setting ventilation times to your desired specifications. Night venting will have a positive effect on reducing interior temperature, as letting the cold night air can see it drop rather rapidly.

It is recommended venting your Groundfridge at least one full hour every twenty-four hours.

What a cool invention by Dutch young architect-designer Floris Schoonderbeek.

My grandparents raised four kids during the WW-II years. Their farm did not have a refrigerator but only a cellar. And as far as my memories go back, they kept all the food in there. Modern houses are built without a cellar and apartments by definition have none. But you might still want to know this.

Underground spaces tend to be quite humid, a mixed blessing for stored potatoes. Damp air that doesn’t move can contribute to yucky molds, but a small fan that keeps the air moving can prevent this problem.

Potato storage containers can range from cardboard boxes to special potato baskets lined with hessian. Containers that permit some air movement are ideal, for example baskets or crates with open slats. For storing small amounts of potatoes in the basement, one of my favorite containers is a small laundry basket lined with newspapers, topped with a heavy towel to exclude light. I also like using an old wood crate lined with straw, with more straw added between layers of potatoes. Mice like it, too so I must be careful.

A small chest of drawers kept in the basement is great for potatoes too, though the drawers must be kept cracked open to admit fresh air.

Cellars are the ideal environment to keep apples too.

If you are a DIY homesteader looking for a time-saving and practical solution to your food preservation needs, or if self- sufficiency is your goal, a homestead root cellar will help you get there!

Root cellaring is a traditional way of storing and preserving food through the winter that is safe, easy, and fun. 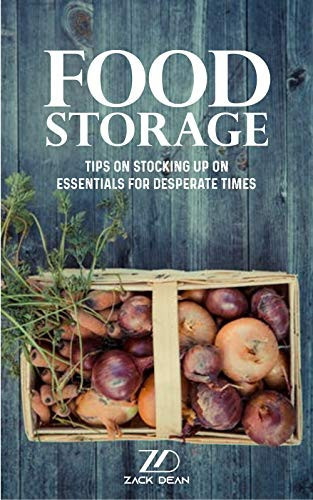