Inspired by an article under the same title, written by Mark Blackburn, the author of “One Brown Planet” in 2016, I decided to share my story how we lived without plastic during my childhood days.

From what I can make up from his article, we must be about the same age. I was born in May 1965, my dad at the eve of WW II in 1940 and my mom in 1943. Both my parents were born and raised in the same rural village, Baal, in the heart of my country of birth, Belgium.

Baal, better known as the birthplace and home of Sven Nijs, alias De Kannibaal, is now an urbanized village: future parents from all over the country and even across borders commute to Baal to shop in De Kinderplaneet for the latest luxury baby fashion and accessories. Sven, with two world championships, seven world cups, and over 140 competitive victories, is considered one of the best cyclo-cross racers of his generation. He remains a prominent figure in cyclo-cross. Now retired from cross-country cycling, he trains his son, runs a B&B and is the name behind the ultra modern sports center. A lonely reminder of a sleeping village. On what was once agricultural land now stand apartment buildings. 8 out of ten locals of my grandparents’ generation who were born in the village, died in their homes too. 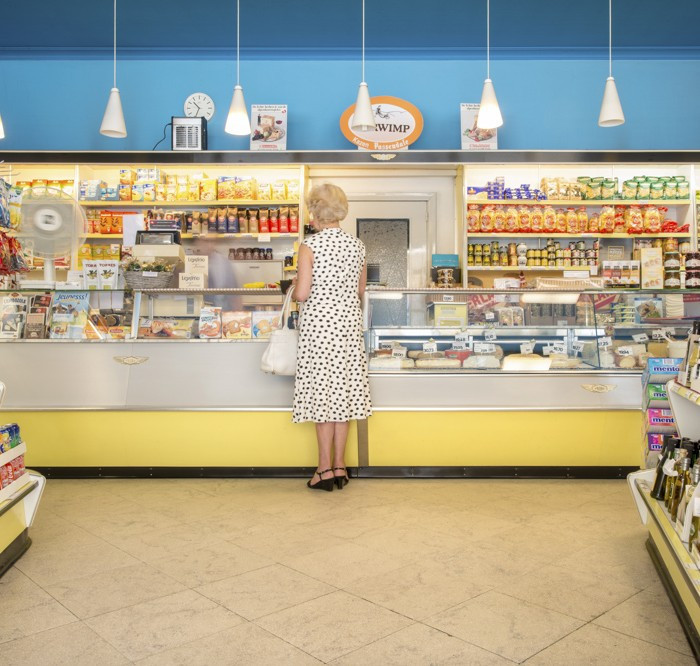 Half growing up on a farm

My paternal grandparents used to be farmers. In the stable they kept the typical Brabants draft horse I can still remember ploughing the land. They grew tomatoes, green beans, peas, lettuce, carrots … But their specialty was asparagus and Belgian endives. What they could not sell on the professional market ended up on our dining table. But small irregularly shaped asparagus and endives are the tastier ones. 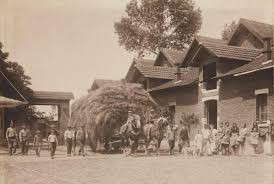 The house my parents single handedly built in 1970 came with a cellar. I remember the two squared open wooden crates in which they stored 200 kilos of potatoes from the annual harvest on my grandparents farm.

My grandfather died in 1976, I was 11. He spent his last week in and out the hospital dying from long cancer. When the coal mines in the south of Belgium needed miners, the first ‘immigrants’ came from Flanders, the poor, rural north of Belgium. I always knew him as a heavy smoker. The combination of mill fever, – a lung disease he got during his years working in the mine, -and smoking, ended up being fatal.

But till his death and for some more years after that, most of the vegetables and meat and potatoes I ate as a child came directly from my grandparents’ farm. To bridge the mile between the farm and my home, the vegetables were transported in a wooden crate, a metal bucket, or anything else that would fit. But it wasn’t plastic!

In the late sixties and seventies we weren’t thinking ‘plastic’, cause there was almost none.

Coca cola, beer, fanta, sprite, GINI, sparkling and still water came in reusable glass bottles. My mom would buy them in returnable crates to have them delivered on a weekly basis. Milk and yogurt came in 1 and 1/2 liter bottles, brought to the door every day by the milk man. He’d leave the full bottles at the door and pick up the empty bottles. Zero plastic waste! 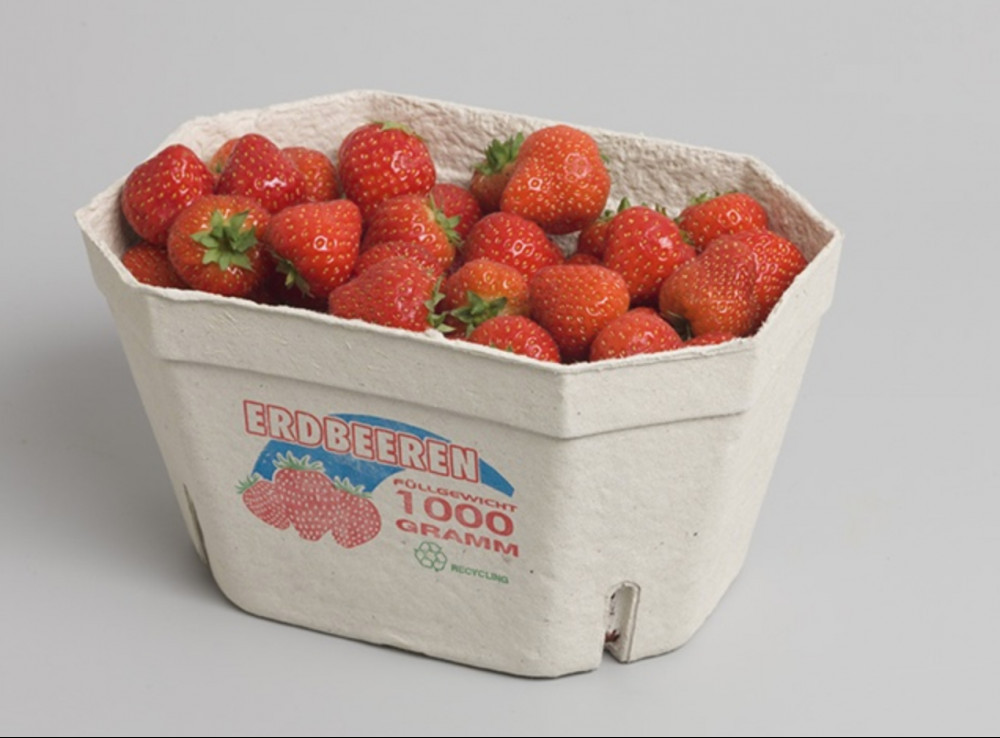 Fruit Packaging in the 70s

Strawberry season, – another specialty in my region, – lasted less than one month a year. We’d have them for breakfast, at noon and in the evening, prepared with sugar or white soft cheese with vanilla extract.

Behind the old boys’ school there was a grilled chicken vendor, and in season, they used to sell strawberries from their own surrounding farms. Strawberries were almost solely sold in half a kilo pulp trays, a packaging that is 100% recyclable. Anno 2020 strawberries are tasteless. In the northern part of Europe, most of the local strawberry farms have disappeared. They are shipped in from Spain and sold mainly in plastic. 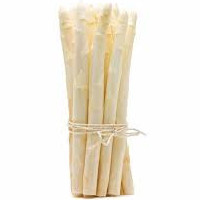 As a child I did not like asparagus. But I had no choice. In season my mom prepared them every day. Luckily for me the asparagus season did not last long. Depending on weather conditions during the Winter and beginning of Spring, the season starts in April or in May. But it always ends on the same day. The patron saint of Saint John on June 24th ( the birthday of John the Baptist ) traditionally marks the end of the asparagus season. Most growers in The Netherlands and Belgium will get the last white gold out of the ground that week. 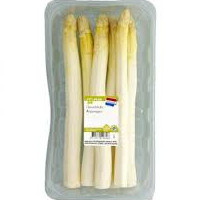 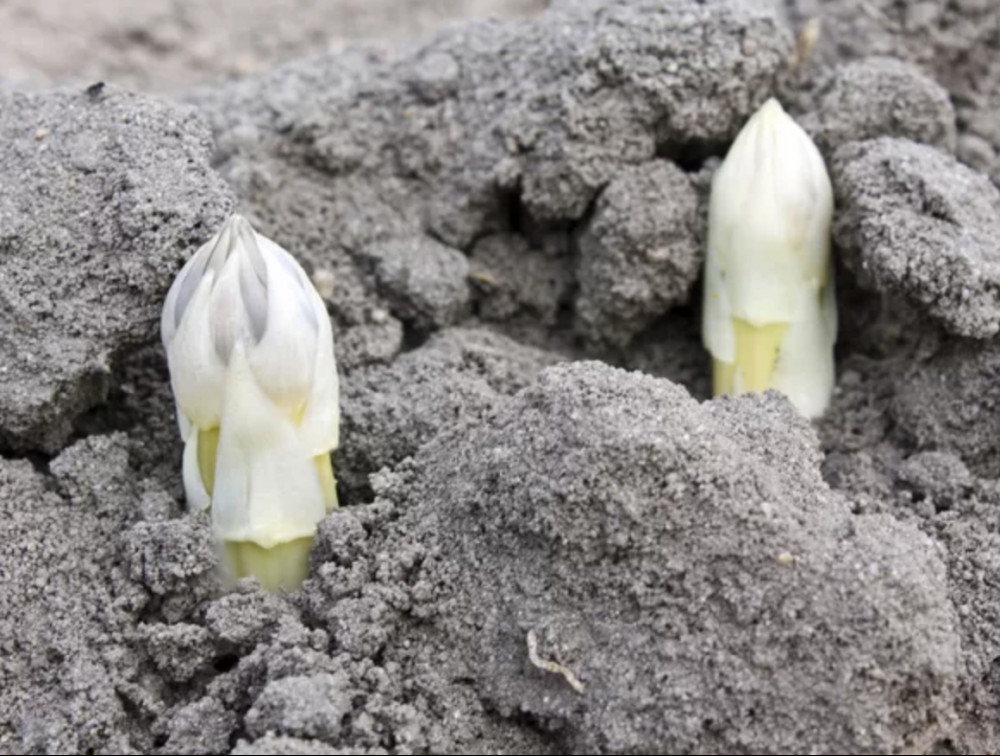 Why does it end on Saint John’s day?

An asparagus plant must continue to grow long enough after harvest. The purpose is to gather enough strength to also produce a lot of asparagus the following year. By letting the plant go about its business in time and letting its foliage grow, the chance that the plant will survive the winter increases and a farmer ensures his next harvest.

So ok, but this is leading me away from the plastic issue. As shown in the pictures above, asparagus used to be sold in bunches, kept together with a hemp cord. Hemp and bunch have been replaced by plastic. It’s all about convenience and extending freshness now.

When I was seventeen I was working at the local bakery in order to gain money for my solo-trip to the East Coast of the USA. Sweets in my family were reserved for Sundays and special occasions. Pastries and pistolets were wrapped in paper bags and tarts in carton boxes. The only plastic was the cord to hold together & carry the carton box. 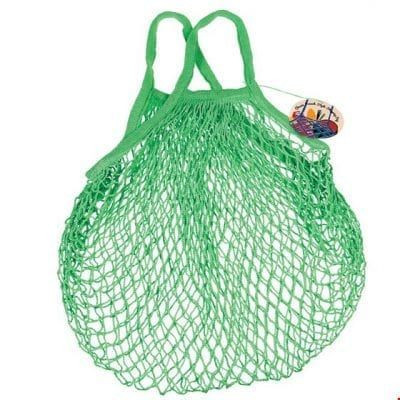 My mom had one or more special shopping bags. I cannot remember having seen her unwrapping ‘plasticized’ groceries, veggies, meat from the butcher.

When I started writing this post I saw an alarming article published in The Guardian on particles of micro plastic and nanoplastic found in human organs.

“The polluting impact of plastic can be felt worldwide. Streets, beaches and oceans: the consequences of our throwaway culture can be seen everywhere. American researchers have now also found a way to detect the small plastic particles in the human body.”

Do yourself a favor, click on the link and read the article.

The few things plastic in an average Belgian household in the seventies were buckets, the first plastic cups, the yellow Nesquik packaging, one brand of chocolate spread … Glass jars were the norm.

And regrettably so, beautifully decorated metal boxes were on the way out. Now they are collector’s items, but few of us then knew how the world would turn away from glass, paper, carton, metal to embrace plastic. 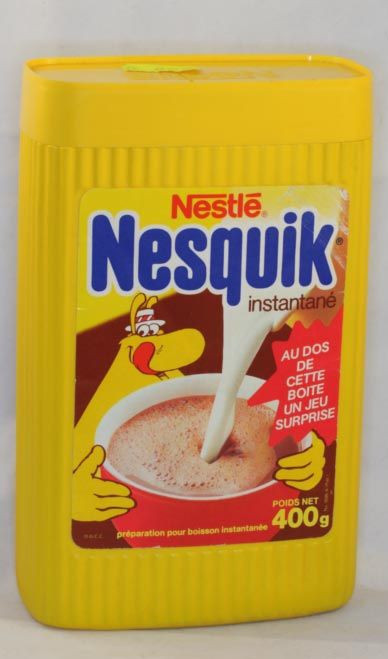 Our consumption patterns were so different from today’s. We’d wear Sunday clothes, obviously reserved for Sundays. What else is in a name. We’d have one pair of Winter shoes, another for the Summer. Sweaters , jackets .. Would be worn as long as they could last. My family was not poor. These were just normal consumption habits. Outgrown clothes would be given away, to my younger cousins, neighbors…

All that has changed. We over consume, have too much choice in whatever our hearts and stomach desire. We are raised to recycled but not told how to live on less. Unless …. corona will leave us with one valuable lesson: we have to change our consumption of plastic pattern if mankind is to last !

Read before you Use

Scientists have recently started studying plastic pollution and our food supply. And, make no mistake, you are eating microscopic pieces of plastic every day. What does it mean for our health? And what can you do about it? Students will get practical tips on how they can get involved and become part of the solution. 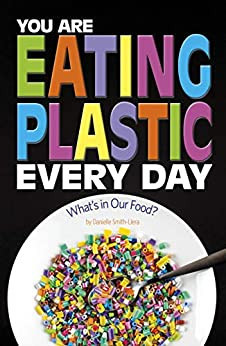 Maybe all this knowledge comes too late for me. I am 55 and have been exposed to plastic a big junk of my life.

But even so, I have quit plastic, I am struggling to convince my daughter, my friends to do the same. Even it were only ‘saving’ one plastic bag a day…

6 thoughts on “Life Before Plastic – a childhood story”